POKÉMON Detective Pikachu is now playing in theaters around the world! To coincide with the new release, The Pokémon Company is continuing to reveal content that showcases the movie’s highlights and strong points. POKÉMON Detective Pikachu stars Ryan Reynolds as the titular hero himself, with Justice Smith playing a leading role as Tim Goodman and Kathryn Newton as Lucy Stevens.

A plethora of early Pokémon designs recently surfaced online, courtesy of the Pokémon historians at Helix Chamber. The latest batch offers another look at early and unused Pokémon that include the following (with Helix Chamber’s made-up names):

“Ohmega,” which was a Kaiju-meets-mech a la Mechagodzilla: 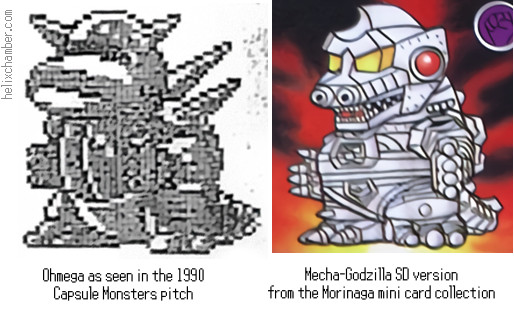 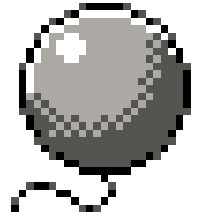 And “Weirduck,” which Psyduck could have evolved into before transforming into its canonical evolution, Golduck. 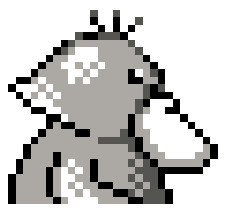 “This is the one we were all very shocked by,” Helix Chamber wrote of Guardia, which resembles a Marowak holding a baby Pokémon. “The common fan theory that Cubone is a baby Kangaskhan came true, in a twisted sort of way; now it seems like they were always meant to be linked together. In the end, Guardia would have become a loving parent to its baby Cubone, maybe even having adopted it (after all, it still…

Kotaku has had the chance to chat with Xbox boss Phil Spencer about the inclusion of Rare’s Banjo and Kazooie in Super Smash Bros Ultimate. The iconic bear and bird will be added as DLC fighters in the Autumn. As readers of the site will know, Mr. Spencer has always been behind the inclusion of Banjo appearing in Super Smash Bros and it was an easy decision to add the former Nintendo IP to the Smash Bros franchise. Here’s what he had to say to Kotaku.

“The ‘how’ is not actually that interesting. Obviously we’re one of the biggest third-party publishers on Switch, so we have great relationships with their third-party team. And you’ve seen the ambition they’ve had with every character that’s ever been in Smash and even more. So it was just kind of part of the partnership relationship we have with them.”

“There wasn’t anything kind of…

There was understandable disappointment amongst fans when the Nintendo Direct finished with no sign or mention of Bayonetta 3. Platinum Games have told Video Game Chronicle that they just weren’t looking to reveal all just yet. However, the company reiterated that development on the eagerly anticipated next entry is going very smoothly. Hopefully they will have something to share soon.

Giving updates for everything at E3 isn’t the smartest PR strategy to begin with,” he added. “So just because we’re not showing it here doesn’t mean it’s not going well.”

Asked if the 18 month silence since the game was announced was indicative of the studio’s grand ambitions for the title, Inaba agreed.

“Yes, it’s going to be a high quality title and we’re putting our all into it. That is what you’re seeing [with the silence].”

New game features, Pokémon native to the Galar region, and the launch date forPokémon SwordandPokémon Shield, the newest additions to the main series of the Pokémon video game franchise, were announced today during a Pokémon Direct online presentation. Developers at GAME FREAK inc. also provided a closer look at newly discovered Pokémon from the Galar region, the setting of the highly anticipated games. ThePokémon SwordandPokémon Shieldgames will be launching November 15, 2019, exclusively on the Nintendo Switch™ system.

The Dynamax Phenomenon
Dynamaxis a phenomenon unique to specific locations in the Galar region, where Pokémon can take on gigantic appearances during battle, and it’s an integral part of Pokémon battles in the region. Pokémon from the Galar region are able to Dynamax, and when they do, they become tremendously strong and receive a boost to their power. Trainers can only Dynamax their…