As a surprise at the end of the Super Smash Bros themed Nintendo Direct the company revealed that King K. Rool will appear as a playable character in the game for the first time. You’ll know him from the Donkey Kong Country series of games and has been long requested by fans. 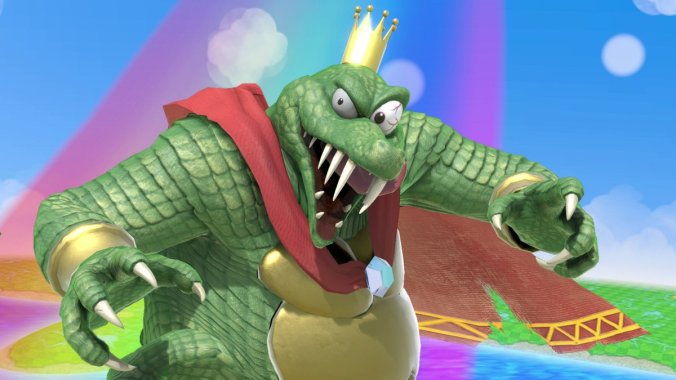